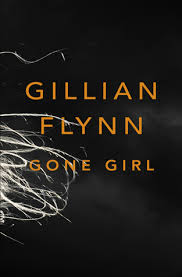 "Last night I dreamt I went to Manderley again"

Gillian Flynn is the new John Le Carre of my reading life. Just like Le Carre novel, when I finish them, I am left with a strange feeling of confusion. Neither do I hate the book; like I hate a PD James novel, nor do I worship it, as I would in case of a Lee Child novel. I feel confused as to why the books are considered as gems and master pieces of their genre. Neither do I find any outright negative points to say otherwise, nor do I stumble upon any positive ones to go GA-GA over it. SO, I get confused, did I miss any points or a twist? Something which would have tilted my opinion favourably. I try hard to think back, but I find nothing. So, confused I try to answer a simple question,
“Why is such an ordinary book talked about in a way, as if, it is the best book of the century??”

Back to GONE GIRL by Gillian Flynn. And, I am confused. What is the big deal with this book?? Has no one read the short story “Trial and Error” by Jeffery Archer??? Well if they had, I guess like me they, they would all understand what’s gonna happen, just from reading the blurb. The plot as it is, is simple, the ending a bit over-the-top. But, this is no “Murder of Roger Ackroyd” where one chapter would define the term TWIST in context of crime fiction. Nothing has been written in this book, that hadn’t been written before, in a better way!!

So, what was the best part of the book for me? The part where the writer  honestly doles out on true scene after another to show us how why marriage is really a GAMBLE and how bad it can really get if a wrong call is made. This book could have been well marketed as “The book which will help you to decide whether or not to marry”. One read, and the unmarried reader would have surely made up his/her mind.

The main characters were chillingly real and close to the reader. We all know real people with amazing similarity to the main characters of Nick and Amy. It’s almost as if the whole thing described in the book could happen to us, to me. I for sure knew two Amy-s in my lifetime, and I can honestly admit that some of Nick’s habits were similar to me. These characters were rally frighteningly real.

This book was an enjoyable read, but this was not a book which I would remember reading for the right reasons i.e. the plot, the characters and the twists. I would rather remember it as a book, which didn’t match up to the hype surrounding it.

I really wanted this book to be THE BOOK, which I would read and wouldn’t be able to wait until I had discussed it with someone. But, it didn’t happen that way. It was just another more than average thriller albeit with very real characters but a thin and simple plot, and with a female lead called Amy whose portrayal reminded me of Daphne Du Maurier’s Rebecca!!