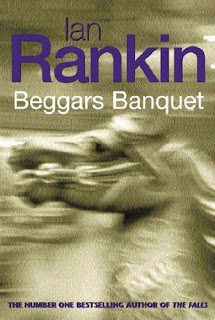 I am not a fan of short stories. But, I also agree that a good short story can provide a lot more thrill than a long drawn novel. It’s almost like a tequila shot, instead a mug of beer. The sensation is strong sharp, and it’s easily forgotten once the next shot comes in hand.

But, for this sensation to happen, there are two basic points according to me, which must be present,
1.  The story must be well defined. There is always a restriction on the quantity of words, so the story must contain all the elements of a plot, to not to leave the reader asking questions about gaps in the story, after finishing it.
2. The writer must be someone who is well versed in writing short stories. There are not many I have read, who can write a novel and a short story with equal acumen. Among the modern writers Jeffery Archer and Jeffery Deaver are the names that come to mind, and among the oldies Agatha Christie had the same effect.

Now coming to this collection of short stories by Ian Rankin, BEGGAR’S BANQUET, I must sadly say that I was very much disappointed.

While reading an Ian Rankin, I always make a concession of plots and twist. His plots are good, characters strong, but the twists aren’t present. His books are much more o HOWCATCH’EM instead of WHODUNNIT.

So, I was in the correct frame of mind when I started this book, about what to expect, but what I got was nowhere near it. There are only a few stories I can safely say that I remember still, even among those three made any impact on me.

As I mentioned in point no. 1, the plots left a lot to be desired. Make no mistake that these plot when turned into a full scale novel, or even a novella, would turn out to be great reads. Rankin has that power to create masterpieces, but with restrictions on word count, those same plots become summaries of a full scale novel. I mostly understand what happened, but left the story with a lot of unanswered questions. Almost all the stories left me with a sense of incompleteness.

For example, in a story, a murder victim is first suspected to be gay, but as it turns out in the closing paragraph he is straight. Now, this process of destroying the false hypothesis of his sexuality needed at least one paragraph. The reader should be told how the truth was uncovered, but here the writer failed to take that step, because, the restriction on word count.
So, despite the 2 stars rating, I still consider Rankin as one of my favourite. I still regret the fact that I missed him when he visited my city Kolkata. I have another of his novel, THE BLACK BOOK, which I am sure will delete all misgivings I had about this book.